And lo! Electric sparks shall fly 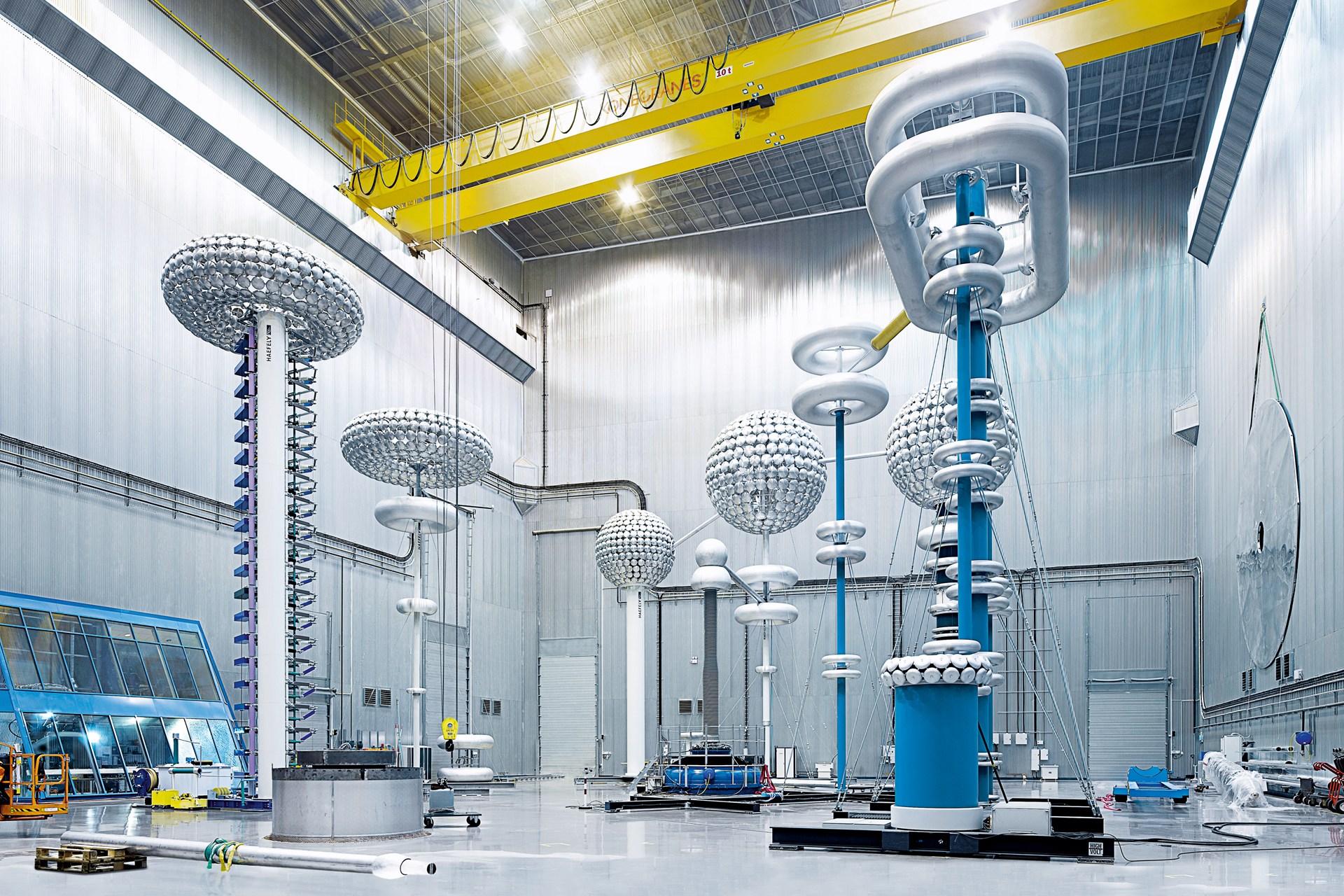 This article was taken from the May 2013 issue of Wired magazine. Be the first to read Wired’s articles in print before they’re posted online, and get your hands on loads of additional content by subscribing online.

This is a high-voltage direct current (HVDC) test facility in Ludvika, Sweden. Here, Swiss technology giant ABB tests devices such as breakers, disconnectors and transformers to withstand voltages of up to 800kV. The tower on the far left is a voltage impulse generator. Its capacitors (in blue) are charged and discharged in two milliseconds — like a lightning strike. The baubles and doughnuts around the room prevent electrical flashovers.

ABB has been testing its new breakers throughout 2012. The part stops current running through a power line if a fault occurs, and prevents blackouts spreading. “We can [stop direct current] in less than five milliseconds,” says ABB technology manager Per Skytt.

Adopting the new breaker could help switch more electricity supplies over to renewable power. It’s hard to stop direct current (DC) quickly in case of emergencies or maintenance work, which is one reason the power lines to our homes use alternating current (AC). But DC lines are better suited to renewables, because they are more efficient at transporting electricity over remote or offshore areas. ABB is working with big utilities providers to set up a test run with the breaker. “We’re talking about five years until it is in larger networks,” says Skytt.